An electrifying account of our troubled times, though set in the 90’s, director Rabah Ameur-Zaïmeche’s ultra violent political thriller centers on the actions of a prudent doctor (a fierce performance by Ramzy Bedia) caught in the middle of a civil war involving a terrorist group, local police, journalists and innocent people. When the community is suddenly attacked from both sides, the doctor is tested by his own limits and integrity in order to protect and rescue. Shocking and extremely convincing, it paints an accurate canvas on human rights being distorted by modern insanity, greed and fanaticism. (Screens 3/11, 15).

A young man’s ghost wanders through the city meeting up other dead folks and helping them get thru the process of understanding and adapting to their condition. A longtime lover is able to see (and feel) him, developing an eccentric, romantically surreal relationship, as he tries to recall his past feelings and memories. Stéphane Batut’s seductive and enigmatic feature debut is a captivating look at how we’re easily able to forgive and forget, let go and re-adapt while dealing with the inevitable cycle of life. (Screens 3/10, 13).

ON A MAGICAL NIGHT

Director Christophe Honoré continues to build a brilliant career with focus on modern lovers battling obstacles and standards, while setting themselves free for love and pleasure. Gorgeous and versatile, Chiara Mastroianni exercises her comic skills as a promiscuous adulterous who finds herself on a deep self-examination after getting caught by her husband. In a stylish, elegant and ambiguous dreamlike atmosphere, deeply influenced by Buñuel and Rohmer, the director conceives a provocative, sexy and contemplative analysis on a marital crisis, as well as an intriguing homage to memory and individual time. (Screens 3/6, 9).

A constant and prolific examiner of this generation’s romantic conflicts and search for identity, award-winning director Cédric Klapisch returns with this passionate, inventive, energized rom-com about two neighbors who never crosses paths, despite regularly visiting the same places. They share a common sleeping disorder and both seek help from friends, doctors and lovers, while exploring the human condition and the meaning of existence. Beautifully acted, well-spirited and delightful, Klapisch scores another accomplishment on the urbane and bohemian’s perspectives. (Screens 3/9, 14).

Director Lucie Borleteau’s follow-up to her highly awarded debut “Fidelio: Alice’s Odyssey”, keeps you on the edge of your seat throughout the entire narrative. The idyllic (though agitated) lives of a modern family turns into a somber atmosphere with the arrival of a mysterious nanny with some unusual protective skills and awkward behavior. Karin Viard was nominated Best Actress at both César and Lumiere Awards for her hypnotic, complex disclosure of a psychopathic woman managing to invade and transform those she was hired to protect. Suspenseful and enthralling, Borleteau confirms herself as a promising female cinematic force. (Screens 3/9, 11).

(Rendez-Vous with French Cinema 2020 is co-presented by Film At Lincoln Center and UniFrance. The Festival runs March 5-15 with actors, directors in attendance for Q&A’s and other special events. Go to https://www.filmlinc.org/festivals/rendez-vous-with-french-cinema/#about for details and schedule.) 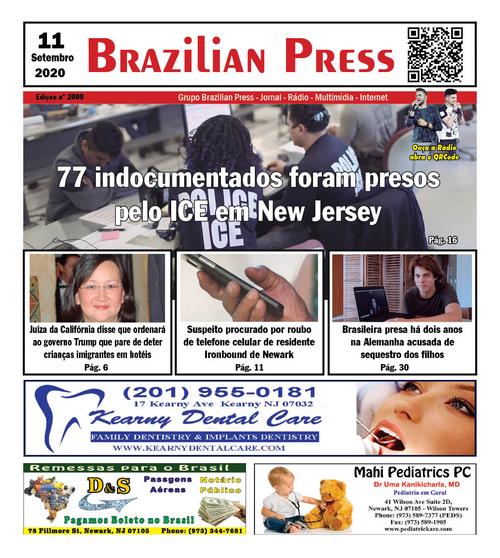